Since 2018 I took an active interest in photography as a hobby. I was so much invested in the idea that I made two big purchases that year, a good camera phone and a DSLR. With this, I was introduced to a world of pictures, equipment and software. Also, post-processing which in layman's terms means editing. Editing is more controversial than I ever thought. I am sharing my thoughts on editing a photograph and what photography means to me.

Over the years, I have had many hobbies. One of them was drawing. As a kid, I used to draw a variety of things. Spacecrafts, scenes from classic poems, Disney characters, mythical characters and whatever else my mind could imagine. But over the years, without practice, this hobby died away. I don't remember the last drawing that I made or when I did that.

After drawing, I moved on to music, podcasting etc. But when I started photography, I felt the familiarity of drawing again. I loved creating images and landscapes. Started learning editing online after a long time using some built-in filters and stuff. All this felt like colouring a nice drawing. But then I saw many of the photographers I follow talking about how some people thought that editing the images was wrong. I loved creating some dreamy edits on my pictures and later, I heard the same opinion as well. So here I just wanted to clear up what I thought of photography and thought process behind my edits.

Integrate a photograph over time

A photograph is capturing a thing, person or place at a specific time. It is a representation of how the place looks for that millisecond the camera's shutter was open. I am not going to explain what a shutter is, I am sure anyone reading this might know that. Else Duckduckgo or Google can help. But there is an interesting side to this.

According to the famous landscape photographer Elia Locardi, a photograph doesn't completely convey the emotions and the mood of the scenery. When you are at a beach or a mountain, you enjoy the beauty of the scenery over a period of time and not in a millisecond. Time is a factor that we fail to consider in a photograph.

Over the time that you spend looking at the scenery, the light changes drastically. The trees in the foreground might turn darker and the mountains in the background start to simmer in the rays of setting sun. Then the light changes again and you see different scenery. Your memory of the place is a combination of all these scenes.

Elia is an expert in creating composite HDR images. Some don't like the idea, but I think his explanation of how we experience things makes it worthwhile to create an image that is a combination of all these still moments that a photographer captures over time.

Think of it as integration. Yes, the mathematical integration. I hate it. But for a moment lets forget the hate. You are integrating a still photo over a period of time. The result is what you get from editing. There is a difference between what a camera sees and what your eye sees. There is also a difference between what your eyes see and what you remember when you think of the scenery later.

The meaning of photography

Keeping all this in mind and also my love for creating drawings, I see photography pretty much the same way. Click canvas and then paint it with your favourite colours. I love to play with the colours in my images and create areas of light and darkness. This might sound like over editing but hear me out.

I was fortunate enough to be able to watch Bobby Joshi, a talented travel photographer from Bangalore, live on Instagram. Before we discuss what he said, let me show a few samples of his style of photography:

Mind blowing isn't it? Yet I do hear few groans of dissatisfaction amongst the readers here and I completely get it. If someone says looking at the second picture that this is how Munnar looks in real life, you might laugh at them. I know, I have been there multiple times. But the thing is he doesn't claim that these are straight out of the camera. Shaping the light is his art.

During the live stream, he gave the wonderful example of the famous Dutch painter Rembrandt and his treatment of light in the paintings. Take this one for example:

See how the whole scene seems to be unnaturally lit? The characters on which he wants emphasis are well lit, whereas the less important characters or objects are dimly lit. It seems as if the light has its own mind and does not obey the laws of physics. But it does add a depth and meaning to the whole scene.

Now port the whole "Rembrandt" idea to a photo. Every photographer tries to tell a story about the image that they have captured. If not it wouldn't be a photograph, but just a snapshot. Snapshot doesn't convey much. In the Rembrandt painting above, the light adds to the dramatic nature of the painting. The action is enhanced by the contrast between brightly lit and darker areas. Rembrandt was a master in using light this way in his paintings.

When a photographer captures a scene or a portrait, the changes in light and colours can be used to create drama, mood change or to tell a story. When you write a story, for example, you have the freedom to add specific details to make it more dramatic and let the reader feel the feelings that you want them  them to feel reading that sentence.

If you think editing is something that photographers started using as a method to "cheat", that's not true either. Editing was done many years before photography became digital and software was invented for image manipulation. Ansel Adams was known for editing his images up to forty times before the public even saw them. He also used filters on his cameras to give the sky in his landscapes a distinct black look.

By christies.com, Fair use, Link

A famous Chinese street photographer Fan Ho created a photograph called "Approaching Shadow" which was one of Ho's most famous works. He asked a cousin to pose by a wall at Queen's College in Causeway Bay and added a diagonal shadow in the darkroom to symbolize that "her youth will fade away" since "everyone has the same destiny". A print of "Approaching Shadow" sold for a record HK$375,000 in 2015. (Source: Wikipedia)

This goes back to the same argument that each of these photographers had a vision in their mind and they wanted to bring it to life. For this, they used certain techniques which I think is justified for the storytelling in these images. It makes much more sense to understand the story behind Approaching Shadow than looking at it as some sort of random snapshot from the streets.

Another great example if that of colours and grading used in movies. Colour grading is extensively used in movies to convey time, mood and drama. For example, the world from Mad Max looks nothing like anything you'd see anywhere. The sky is never so Teal and the world is never so Orange. They have used a very popular colour combination called "Teal and Orange" which has become a YouTube and Instagram favourite as well. These colour complement each other and when used in shadows and highlights, they are much more pleasant to look at.

There are many such examples of how colour grading was skillfully used which you can read here. Yet, I don't see people throwing up their arms and complaining about it.

Also, have you ever seen an ad for McDonald's, Dominos and wondered that their pizza and burger in the photo looks much better than what you get? Yes, you guessed it, edited for advertisement. Although in this case, the ethical implications are debatable, it serves a specific purpose of bringing in more customers. Yet, we love our burger and pizza. No complaints there as well.

When do you draw the line?

Although editing is something that is a photographer's right, there might be few cases where editing might not be a good idea. One such case might be journalism. When you are trying to bring the truth to the world, it has a much bigger responsibility attached to it. Slightest edit might give a completely different context to the event, person or thing that is being photographed.

Although food and product photography involves some level of editing there is a limit beyond which altering the image might cause some moral questions especially if you are a photojournalist. Famous photographer Steve McCurry had to face some backlash for altering some of the images that he had on his blog a few years back.

Where do I draw my line?

This whole post was also a result of watching one of my favourite photographers Sean Tucker who published a YouTube video titled To Edit or Not to Edit your Photography? (How far to take your post processing) where he covers all these points in much more depth. He also explains the limits that he has imposed in his work when it comes to editing.

My limits are different when it comes to different styles of photography. If it is a landscape I am usually more liberal with my editing. I believe that a good landscape photo deserves to look good and enhanced. I also edit my street and cafe photos depending on the colours and the moods I lie to bring out. I do not focus on making them colour accurate as the real scene at all in most cases.

When it comes to portraits, I take a stand similar to Sean Tucker's. I remove stuff that might not be there for over two or three weeks. Like removing a pimple but not a mole. I think that is fair.

So there you go, this is why I edit my photos described in about 1750 words for your reading pleasure.

If you liked this article or disliked it for some reason, drop me an email and we shall have a chat. I love having good conversations. You can find me at: vp@vishnupadmanabhan.com 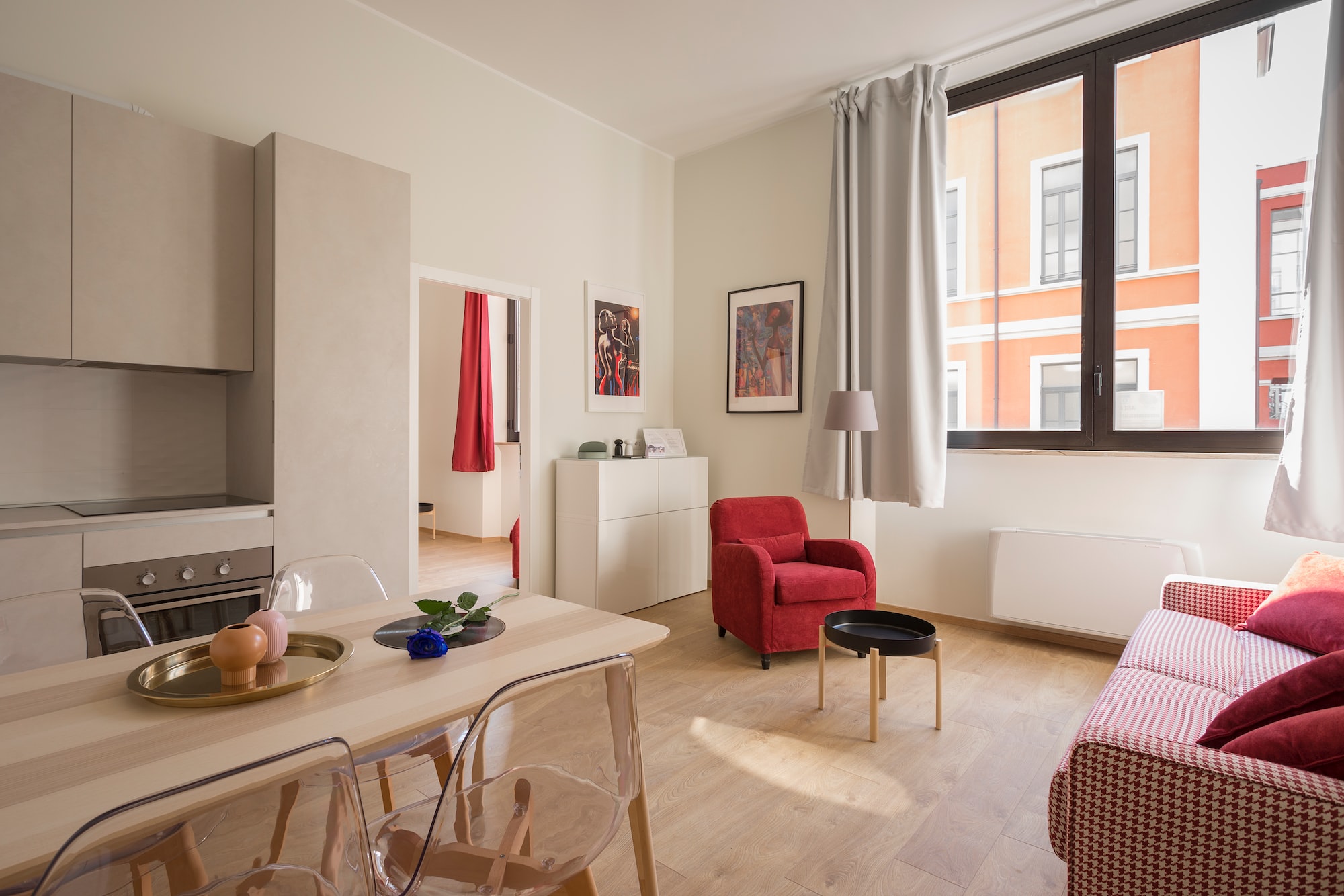 I have always had a push-pull relationship with managing my weight and have been trying various things to magically change the single pack into a six or at least a four pack. Over 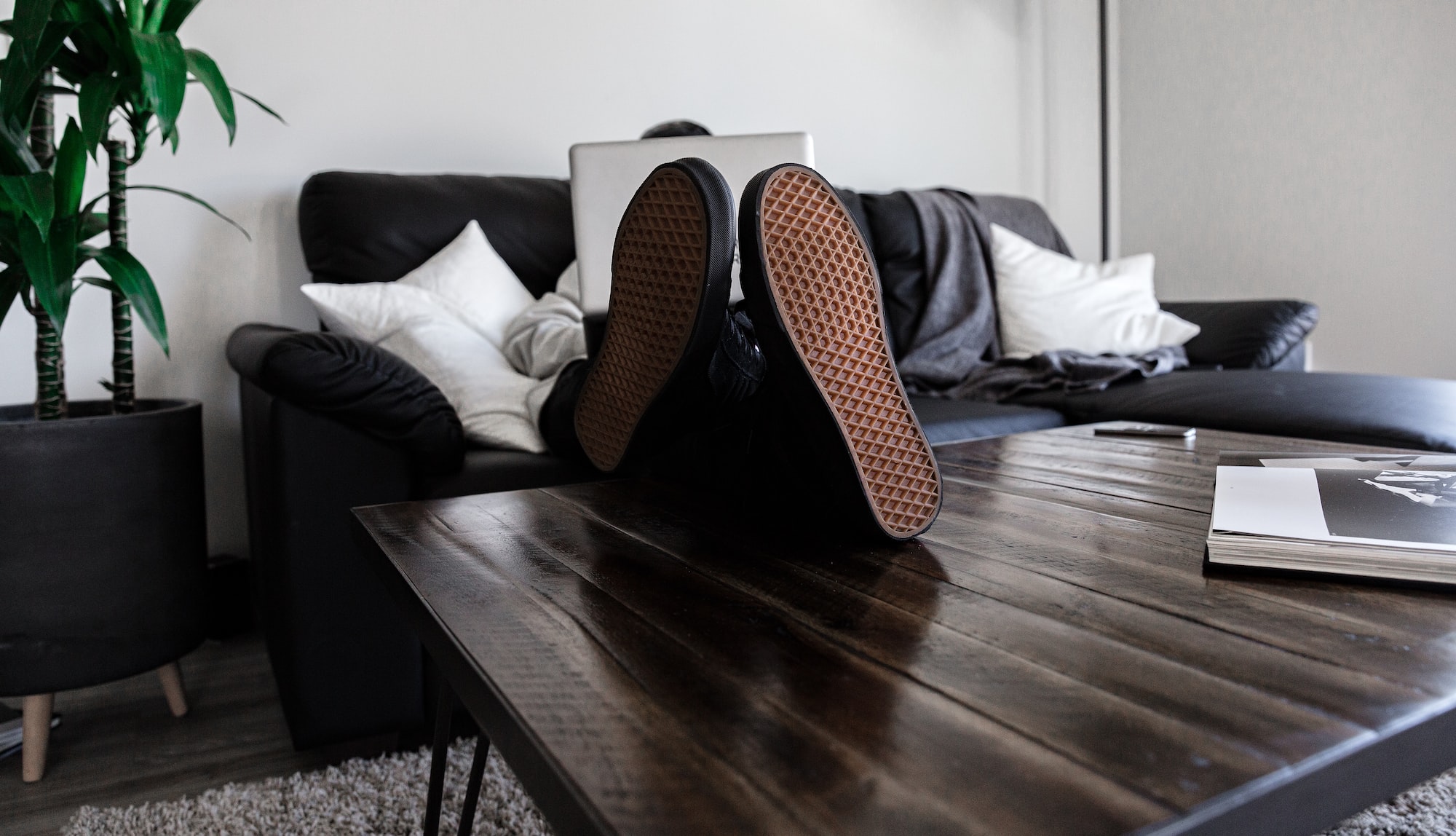 Just completed over 40 days of remote working. Although it could be better, given the circumstances, I am trying to make the best of what I have. I have been working in an

vp's cafe
—
Yes, I edit my pictures
Share this